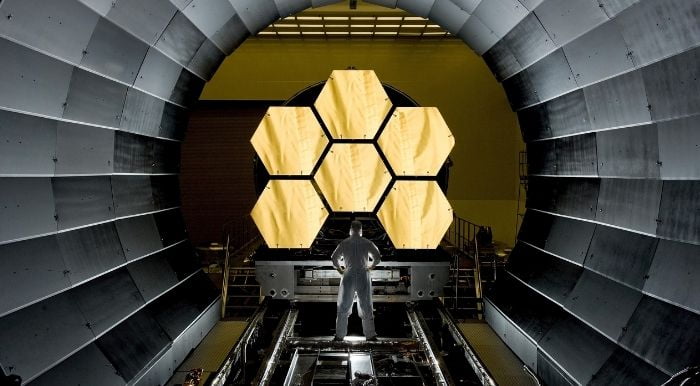 First of all, I will give you a brief introduction about Artificial intelligence And then I will discuss how AI is already helping the space science I will discuss a few future possibilities.

let us understand the contribution of AI in space sciences, But before that, let’s get a quick overview of what AI actually is.

Well, when there was no internet, in the past, people were researching on Artificial intelligence by reading books or checking out articles in the newspaper.

What exactly is Artificial intelligence? Well, this is the key term short, it started a lot of curiosity back in the day, people wanted to know if they could actually teach the computers to learn like how a young child does.

And the concept here was to basically use trial and error to develop formal reasoning. And the term Artificial intelligence was actually coined way back in 1956, by john McCarthy, a professor at Dartmouth.

For years, it was taught that computers would never match the power of the human brain. But this has proven to be not the case.

Well, back then we did not have enough data and computation power as well. But now with the big data coming into existence, and with the advent of GPUs, Artificial intelligence is quite possible.

And we actually know that 90% of the world’s data has been generated in the past two years alone. And computers can make sense of all this information more quickly than humans.

And the machines need to learn how to reason and do self correction as needed along the way.

Now that we have detailed algorithms which Artificial intelligence systems can make use of, they can perform huge task faster and more efficiently.

So machine learning and deep learning are just two ways to achieve Artificial intelligence. And as far as the space science goes.

Space science is nothing but you know, it encompasses all of the scientific discipline that involves space exploration, and studying natural phenomena and physical bodies occurring in outer space, such as space medicine, and astrobiology.

And now that we know that basics of AI and space science, let us understand how AI has actually shaped the space science.

The extraordinary feat that humankind has achieved with their journey into the space is just a start to an in finite reality.

And Artificial intelligence is the key to finding out the answer to the unknown. So first of all, let me just talk about space exploration.

So I’m going to talk about a few feats that humankind has actually achieved with AI. And space exploration has been the ultimate guiding force that drives the innovation into technological advances to explore the unknown outer space.

And the newly discovered Kepler-90 that orbits his star is one of the feats achieved by Artificial intelligence.

The planet was actually discovered through the NASA’s Kepler space telescope by using machine learning.

And according to a news article from NASA, Kepler’s four year data set consists 35,000 possible planetary signals, and automated tests, and sometimes human eyes are used to verify the most promising signals in the data.

However, the weakest signal often are missed using these methods to shallow thought they could be more interesting exoplanet discoveries faintly lurking in the data.

So first, what they did was they trained the neural network to identify transiting Exoplanets using a set of 15,000 previously vetted signals from the Kepler exoplanet catalog.

And in the test set, the neural network correctly identified true planets and false positives 96% of the time,

Then, with the neural network having learned to detect the pattern of Transiting Exoplanet, the researchers directed their model to search for weaker signals.

And then 670 star system that already had multiple known planets, their assumption was that multiple planet systems would be the best places to look for more Exoplanets.

So basically, there was a lot of data, and they were able to put machine learning algorithms and neural network to get the results that they may not have been possible a few decades ago.

The space agencies all across the globe have realized the importance and relevance of Artificial intelligence in space exploration and we are seeing the results with each passing day.

How AI can help in our global navigation

And it can study the parameters like temperature, gases and other signals that can define an immediate danger.

All of these factors may not look significant enough from the ground, but years and years of data from the space can actually detect even the smallest of changes.

And using the data and other parameters and a few machine learning and Artificial intelligence algorithms.

The experts can figure out events that may have been finding like a needle in a haystack. And with the GNSS, it is possible to study a lot of data.

And using Artificial intelligence, it is possible to help us in a lot of ways to study the atmosphere. Or in case of large fires, let’s say a forest fire it can also figure out the best possible plan of action as well as talking about the communication part.

The NASA spacecraft typically rely on human control radio systems to communicate with the earth. And as collection of space data increases, NASA looks to cognitive radio.

The infusion of Artificial intelligence into space communications network to meet the demand and increase efficiency.

So Software Defined radios like cognitive radio use Artificial intelligence to imply under utilized portions of the electromagnetic spectrum without the human intervention.

And these white spaces are currently unused, but already licensed segments of the spectrum, So the FCC permits a cognitive radio to use a frequency while unused by its primary user until a user becomes active again.

So in the future, on NASA, cognitive radio could even learn to shut itself down temporarily, to mitigate the radiation damage during severe space weather events.

And adaptive radio software could circumvent the harmful effects of space weather, increasing science and exploration data returns, and a cognitive radio network could also suggest alternate data paths to the ground.

And these processes could prioritize the route data through multiple paths simultaneously to avoid interference. And the cognitive radios Artificial intelligence could also allocate ground station downlinks just hours in advance, as opposed to weeks and leading to more efficient scheduling.

How future look with Artificial intelligence

The scientists are actually trying to figure out if the Artificial intelligence can be used to identify or find asteroids, or even discover life on nearby planets.

And the team which includes students from France, South Africa and United States plus mentors from academia and from technology company, Nvidia developed an algorithm that could render an asteroid in as little as four days.

So today, the technique is used by astronauts at the Arecibo Observatory in Puerto Rico. To do nearly real time shape modeling of asteroids, along with exoplanetary atmosphere analysis, are a couple of FPL examples that show the promise in applying sophisticated algorithms to the volumes of data collected by NASA has more than hundred missions.

As NASA Hillier physicist notes, the space agency gathers about two gigabytes of data every 15 seconds from its fleet of spacecraft.

But we analyze only a fraction of that data. And we have a limited time and resources. So that is why they actually are looking to utilize these tools more.

So on this mission, there was a spacecraft that studies the sun’s influence on earth and near Earth space. So back in 2014, just four years after the machine launched, there was a sensor which actually stopped returning data related to extreme ultraviolet radiation levels.

And information that is actually correlating with the ballooning of the Earth’s outer atmosphere and this affects the longevity of satellites, including the International Space Station, so computer science doctoral students from Stanford and University of Amsterdam, among others.

When mentors from organizations which included IBM, Lockheed Martin, and SETI developed our technique that could essentially fill in the missing data from the broken sensor.

So their computer program could do this by analyzing the data from other sto instruments, along with old data collected by the broken sensor during the four years that it was actually working.

So to infer that the EUV radiation levels that Sensors would have detected based on what the other str instruments were observing at any given time.

So they generated basically a virtual sensor using AI And there was a recent development where a 29 year old computer scientist has earned worldwide fame for helping develop the algorithm that created the first ever image of a black hole.

So these are a few feats And this is how we actually are shaping our future into the space science using AI.

So what was not actually possible a few years ago, now, it is actually very much within our reach, because we have gathered the tools that could actually process the years and years of data that we have collected through all these missions that have been sent out in space, like we have sent a spacecraft to Mars, and we have lot of data.

and we’re noting that we are going to see in the future is that there will be a lot of role of robots, basically, you know, ai robots in space science, when we are talking about space exploration,

it is quite obvious that humans are not basically meant to spend a lot of time in space,

because of obvious reasons, like for the very least, there is gravitation. And there are a lot of factors that makes it very difficult for any human being to remain in space for a long time.

And if you be in space for a long time, it will take toll on your health and you will lose a lot of muscle mass. And there are a lot of things that you have to consider.

And we can monitor the whole program the space program from down Earth, using a simple software program, not actually a simple program, it will be a very sophisticated program and a program that can remotely access all the tasks that are happening inside the space, and we still get the data that we actually need.

That is one thing that we are looking at, we actually achieved a lot of features regarding this also, like there was a Mars mission where we sent the rovers and a relentless work and dedication with a hint of technology is going to take the space sciences a very long way.

And it is quite safe to say that spacewalk wouldn’t be a spectacle after 50 years of time, even though it is well within our reach right now. And we might be able to do it for an evening stroll if everything goes as planned maybe 50-60 years later.

And now comes the important part guys as much as we want to travel to some other planets in the times of crisis. But we actually have to stay here and save our planet first.

So there is one more thing we can do in these testing times. That is to learn our way into the future. And since we all know that Artificial intelligence is the future, why not learn AI now?

I hope you have enjoyed listening to this video. Please be kind enough to Share it. And you can comment any of your doubts and queries and we will reply them at the earliest.