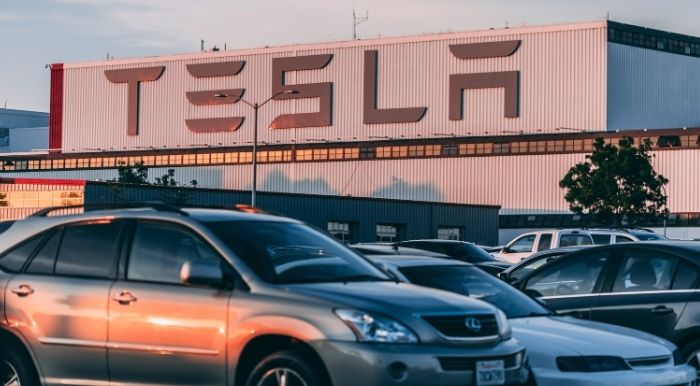 Today I’m going to be talking about how Tesla uses deep learning in its self driving cars. In the past couple of weeks,

Tesla has released a new software update, which has a cool new feature called Smart summon, which allows you to summon your car towards you.

Experts have even said that kids born today will never need to learn how to drive simply because all cars in the future will have self driving capabilities.

When Elon Musk first created Tesla, he claimed that their goal was to create a car which drives just as well as humans.

Now that goal has transformed into creating fully autonomous cars, self driving cars will not only save time, money and resources, but they actually save lives as well.

Let’s take a deep dive into how the Tesla autopilot works and how the automotive industry is moving towards an autonomous future.

What is deep learning?

Deep Learning is a specific subfield of machine learning, In the current state of the internet today, there is a large amount of data floating around from all different sources.

However, this data is largely unstructured, and it’s quite useless in that form, with deep learning, were able to dig through large volumes of data and automatically identify patterns and extract properties and features from complex unsupervised data without the involvement of humans.

How Tesla makes the car behave like a driver

The two main skills that a car should have is

When we talk about vision, we’re talking about the car’s ability to precisely identify what it’s looking at.

Tesla’s cars should have the ability to identify numerous things, such as cars, stop signs, pedestrians, roads, buses, traffic lights, intersections, and even vegetation and where the road meets the footpath, and so on and so forth.

How the Tesla Autopilot Works

So here’s a really simplified example of how Tesla uses deep learning to train models to identify cars. It’s also by feeding tons of different images of cars to the model.

The model then uses deep learning to understand how to identify cars, So basically it it learns the different features that cars have, which is unique to them, such as having four wheels, having doors, and so on and so forth.

Once the model is sufficiently trained, you can introduce a brand new image of a car that the model has never seen before.

Now, the biggest issue for Tesla cars is to carry out these computer vision tasks in real time. This takes an extremely huge amount of computing power.

This year, Tesla actually unveiled its own chips that it works on, which is used inside of its self driving cars.

It claimed that the chips are 21 times more efficient than nividia chips, which they used earlier on. One really cool thing is that each Tesla computer actually has two AI chips to increase redundancy.

In the case that anything were to fail, there’s always a backup.

Even more interesting than that is the fact that each of the chip actually makes its own decision of what the car should do next, the computer then compares both of these decisions.

If the chips actually agree, the car takes the action, If the chips disagree, the car just throws away that frame of video data and tries again, the chips are optimized for self driving cars and performs 36 trillion operations per second, which is a ridiculous amount.

There is still some work to be done in terms of getting faster computing powers and more efficient algorithms before we arrive at fully Autonomous cars, but most of us will probably see it in our lifetimes.

And that is something to be truly excited about, Hope you guys found this Article interesting and learn something from it. comment  down below