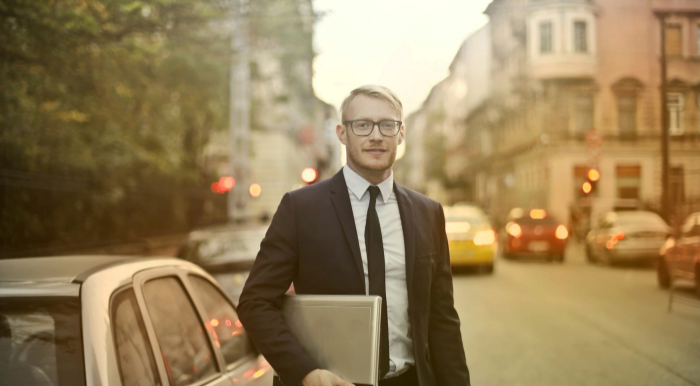 Have you ever wondered who is the richest CEO of this world. How were they able to achieve such great success? As strange as it might sound, the world is full of millionaires and billionaires alike.

Welcome to Sefisoft and today we’ll be talking about the top Richest CEOs in the current world and their path towards success. Stay until the end to find out the impressive life story of each and find out what helped them achieve such massive success.

We’re kicking off our list with Michael Bloomberg one of the richest billionaires in the world with a net worth of $55.5 billion. He’s the co founder and CEO of Bloomberg LP, a financial information and media company who worked for Salomon Brothers, a former investment bank in New York, though he was fired after 15 years of service.

However, he co founded innovative market systems renaming it Bloomberg LP, Bloomberg pursued a political career and was elected New York City Mayor for 12 years. He’s probably the CEO with the most diverse career ventures with politics, entrepreneurship, and even philanthropy having donated over a billion dollars to gun control and climate change awareness causes.

He grew up in Medford, Massachusetts and graduated from john hopkins university and Harvard Business School. He also spent nearly $1 billion in his campaign for the Democratic nomination for president of the United States in the 2020 election, known for his blazingly high climb to the top of the billionaire list.

As Bloomberg moved from 142nd to 17th. In the Forbes list of the world’s billionaires in only two years, that’s very impressive. However, there are five billionaires even wealthier than Bloomberg in our list, so keep watching to find out who they are.

The creator of Facebook, Mark Zuckerberg comes in fifth place on our list. He’s one of the most well known self made billionaires and began his career in his dorm room at Harvard at the age of 19. When he created Facebook, the social media giant today has over 2 billion users and is rapidly evolving, creating huge impacts on the world.

He also bought Instagram and WhatsApp adding even more users to his social media empire. Zuckerberg attended Harvard University and was known as a particularly gifted programming prodigy and genius.

When he was 12. He created a messaging program that his father used in his dental office, allowing the receptionist to notify him of new patients without yelling across the office. The name of this app was duck net. It is considered a primitive version of AOL Instant Messenger, which came out the following year.

He’s been so good at coding that big companies even approached him before he even entered college to buy his programs. More specifically, when he was a senior in high school, he co created an app called sign apps media player and mp3 player that kept track of the user’s favorite songs and made playlists based on their choices, essentially, in early Spotify or Pandora.

He also studied psychology and computer science, though by the time he was at Harvard, everyone knew he was a prodigy with a talent to become what he is today. He has been recognized as one of the most influential people of the current age and has also donated a lot of money towards important charities along with other tech entrepreneurs like Bill Gates.

Carlos Slim is a Mexican business magnate, investor and philanthropist, the richest man in Mexico and even reaching the spot for the richest person in the world from 2010 to 2013. his fortune comes from his holdings in several Mexican companies through Grupo carso, his conglomerate.

He’s currently the fifth richest person in the world and has a net worth of $68.9 billion dollars. And yes, he’s also the richest person in Latin America. Carlos Slim began investing and learning about business at the age of 12. With the help of his father.

he later on began to study civil engineering and economics. He was a financial statement expert and became a stock trader in Mexico City before opening his own brokerage firm. He began building his business empire by acquiring struggling firms and buying shares in stakes, including 17% of The New York Times.

He also called Created America Movil, the biggest network operator in Latin America and the seventh in the entire world. Carlos, known for being frugal stays in Mexico City and has been living in the same six bedroom house for over 40 years.

Carlos drives himself to work each day and refuses to live a luxurious life we’re traveled the world.

The CEO of Huawei Hennessy, Louis Vuitton, also known as the LVMH group. Bernard arnoult, has a net worth of $76 billion dollars. He’s the richest man in Europe and the richest Frenchman in the world. His company oversees over 70 luxury brands, among which feature Louie Vuitton, Sephora and Dior.

He has created the world’s largest maker of luxury items, or not, began studying as an engineer at the Ecole Polytechnique School of friends and worked at his father’s construction company.

He purchased many companies during his life becoming once the CEO and financier Gosh, a luxury goods holding company. He then created LVMH, amassing an empire buying and collecting luxury houses as if they were wild Pokemon are not provided $1.5 billion to form a holding company with Guinness that held 24% of LVMH shares.

In response to rumors that the Louis Vuitton group was buying LVMH stock to form a blocking minority arnoult spent $600 million dollars to buy 13.5% more of LVMH making him LVMH his largest shareholder.

In January 1989. He spent another $500 million to gain control of a total of 43.5% of LVMH shares and 35% of its voting rights, thus reaching the blocking minority which he needed to stop the dismantlement of the LVMH group.

On January 13 of 1989, he was unanimously elected chairman of the executive management board. He’s also a very big arts lover contributing to several grants and funding to support aspiring artists.

Jeff Bezos become the richest man in the world in December of 2019. He briefly became the world’s richest man for a second time in January 2020. Though our first and second place selections managed to surpass our note once more.

How could we create a list of the highest paid CEOs in the world without including the oracle of Omaha himself, or in Buffett at 89 years old is the CEO of Berkshire Hathaway with a net worth of $82.5 billion.

Berkshire Hathaway is a multinational conglomerate holding company that has acquired numerous companies and established minority stock holdings and giants such as Coca Cola, Amex, and IBM.

However, his moniker the oracle of Omaha signifies his great vision while investing, as he’s considered one of the greatest investors of all time. He, as many others in this list has signed the Giving Pledge to donate his billionaire fortune to philanthropic causes. In fact,

He himself founded the Giving Pledge in 2009, with Bill Gates, whereby billionaires pledged to give away at least half of their fortunes. On top of that, Buffett has gone the extra mile and donated 99% of his fortune already, as he’s very well known for his frugal lifestyle. Finally, we move on to the top of the list, the current wealthiest CEO of the world.

Bezos is currently one of the richest men in history with a massively outrageous net worth of $131 billion, making him the richest man in the world. Famous for the founding of Amazon Bezos began his journey in the world of tech by selling books from his garage in Seattle.

Coming from humble beginnings, he’s positioned himself in world history as one of the biggest and most important CEOs who also created his own aerospace company, Blue Origin.

Bezos purchased the washington post in 2013. On top of that, Bezos signed the Giving Pledge, along with Mark Zuckerberg and creator Bill Gates, donating $2.5 million to defend same sex marriage in Washington.

The first center billionaire on the Forbes wealth index, Jesus has been the world’s richest person since 2017, and was named the richest man in modern history after his net worth increased to $150 billion in July 2018.

Finally, he also manages many other investments through his venture capital firm known as Bezos expeditions. his wealth in 2017 through 2018 equal that of 2.7 million Americans. Just so you know, Bezos his economic development is higher than more than 96 countries around the world, just so you can have a better idea on how much money he has

Well, what did you think of these wealthy CEOs? Do you see any common traits that they have within you? Who knows? You might be the next purchase CEO in the world. Anything’s possible with the right mindset. Let us know your opinions in the comments.