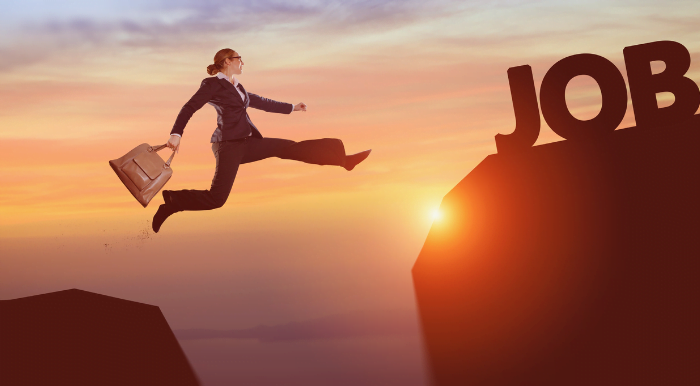 Have you ever wondered which tech career easily earn six figures a year. The tech industry is currently one of the fastest growing job fields in the world, with new positions showing up almost every year, making it harder to choose which one is the best for your career goals in 2021.

We’re kicking off our list today with data analyst which surprisingly also ties in with the fifth place on our list. The data analysts can expect a median salary of $118,000, and an expected job growth rate of 16%, which is considered very fast and much faster than average.

So what exactly does a data analysts do to earn that much? Well in today’s world, and even more so in the tech industry, data is one of the most important things businesses have access to data analysts translate numbers into plain English.

Every business collects data, whether it’s sales figures, market research, logistics, or transportation costs. A data analysts job is to take that data and use it to help companies make better business decisions.

This could mean figuring out how to price new materials for the market, how to reduce transportation costs, solve issues that cost the company money, or determine how many people should be working on Saturdays,

A bachelor’s degree is needed for most entry level jobs and a master’s degree will be needed for many upper level jobs. most analysts will have degrees in fields like math, statistics, computer science, or something closely related to their field.

Strong math and analysis skills are needed. You’ll find that most jobs on this list require these types of skills, as all of them are in the same field of tech. But even though a data analyst has one of the best salaries in general, for any kind of profession, there are still five even better salaries in our list today.

So let’s head down to fifth place to find out the next one.

coming in right at the fifth spot of our list, we have the computer research scientist with a median salary of $118,000, and an expected job growth of 16% matching and tying with our previous place the data analyst.

So what exactly do they do? Well, there’s an easy answer to that. computer scientists create programs to control robots, Computer and Information research, scientists invent and design new approaches to computing technology and find innovative uses for existing technology.

They study and solve complex problems in computing for business, science, medicine, and other fields. Most Computer and Information research scientists need a master’s degree in computer science or a related field such as computer engineering.

A master’s degree usually requires two to three years of study after earning a bachelor’s degree in a computer related field such as computer science or information systems. Despite requiring a lot of studying to break into this field, it definitely pays off to have a secure job with a good salary after all those years studying.

In the fourth place of our list, we have the software engineer with a median salary of $105,000, and a job growth rate of 21%. Software Engineering is one of the best jobs and aspiring tech professional might want to work in.

Well, many people complain that software engineering is a bit of a difficult field to break into. We assure you that it definitely pays off to work here. There’s no denying that it’s difficult, but if you spend some time learning programming and do it regularly,

you’ll learn everything that is needed to become a developer.

In our top three list of best jobs in the tech field, we have information security analyst, with a median salary of $98,000, and a fast growing job rate of 32%. This is one of the most desired positions for any kind of tech enthusiast aspiring to work in a tech company.

They are also charged with improving the company’s overall security posture. They do this by analyzing each security measure employed by the company to determine how effective they are. Once identified, they have to work closely with administrators and IT professionals and recommend changes that can improve every aspect of the company’s security.

Security analysts also have to conduct employee training workshops and create documentation that can assist response efforts during an active data breach. That’s precisely why this is such a sought after position.

As in today’s world, every company wants to be as tightly protected as possible. Most employers would require analyst candidates to hold a bachelor’s degree in computer science, engineering, mathematics, or it on top of some online courses or nice cybersecurity Bootcamp, here are their.

earning the silver medal for the best career path in 2021, we have the data scientist, organizations and tech companies around the world need more data every day, and it’s better to have an expert in the matter to easily perform this task for them.

That’s where the data scientist comes in. The data scientist is in charge of making value out of data. Data scientists duties typically include creating various machine learning based tools or processes within the company, such as recommendation engines or automated lead scoring systems.

People within this role should also be able to perform statistical analysis. To break into this field, you need quite a handful of skills and experience. You will need programming skills and understanding of a statistical programming language like R or Python.

It comes with the territory, but yes, you’ll also need a good understanding of statistics. You should be familiar with statistical tests, distributions, maximum likelihood estimators, etc.

Data scientists also require a knowledge of math, a natural curiosity is also important as these creative and critical thinking. However, the data scientists can expect an average salary of roughly $120,000 and a job growth rate of 56%,

which means a high possibility of getting hired and earning well, which is why it easily ranked second in our list today. However, there is an even more in demand position in the current world of tech, so stay until the end to find out which job ranked number one in demand and best overall for  2021. Ready to find out, let’s head to the top tech career.

Those work as artificial intelligence engineers will not only have the option of an amazing salary with a high in demand position, which will get them pretty much a spot in any tech company,

but they will also have the grand opportunity to have hands on experience with the most futuristic field of tech automation.

So what does an artificial intelligence engineer do and what does it take to become one? You’re probably itching to know by this point?

The career path for this profession starts by first earning a bachelor’s degree in computer science, mathematics, it statistics finance or economics, and then working to learn programming and software development techniques.

The AI engineer must be skilled in machine learning, statistics, design patterns, electronics, robotics and neural networks. They also must have business skills such as industry knowledge, creative thinking, and effective communication, and also be in the know of several programming languages such as Java, Python, c++, and R.

So yes, while this field certainly has a lot of opportunity for growth, it’s also a bit difficult to properly get into considering the high variety of skills needed to do so.

So what did you think of these career paths? Would you like to study any of these or are you all Doing so, let us know in the comments.