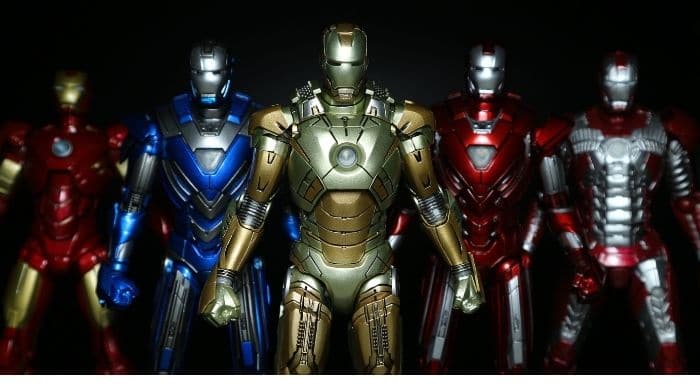 Tron tells the story of a young computer programmer named Flint, who get sucked into a computer and must fight for his life, playing life or death video games.

With the program named Tron and Tron significant other Yuri Lin must put a stop to the MCP, and set things right in the computer world once again before returning to his own world with breathtakingly beautiful computer animation,

and presenting an original dazzling world where energy lives and deep inside a computer Tron was way ahead of its time.

This movie made me ask myself, is there an Artificially intelligent beings which is controlling gods and we just puppets on this AI system? What do you guys think?

Accused CEO of a leading technology company hires a young westgrid who works for him to test his latest development, a highly advanced Android called Ava

he is tasked with using the Turing test on her to establish if AI is sufficiently convincing to pass us human.

The movie focuses on how we interact with AI as humans, as well as how a seductive machine could in turn manipulators. The very well written script poses philosophical questions such as Is there a moral or immoral ways to feed AI.

It also considers if some part of being human is that we sometimes subconsciously want to be fooled by an illusion. If that is attractive enough

This movie depicts a dystopian future in which reality as perceived by most humans, is actually a simulated reality, all the metrics created by sentient machines to subdue the human population, while their bodies heat and electrical cavity are used as an energy resource.

computer programmer Neo learns this truth and is Tron into a rebellion against the machines, which involves other people who have been freed from the tree world. And while after watching this movie, I had serious doubts about my sense of reality.

Wall-E begins with a devastated planet of one absolutely adorable robot, and he’s equally adorable cockroach sidekick, we realize that our atoms have clean energy and overall environmentalism has failed miserably. And then you have that humans have evacuated code and left behind robots.

The purpose of the Bali series robots is to rehabilitate the planet and clean up the mess they’ve made. One that was created based on a ones rather than our needs. We are showing a future we don’t learn or acknowledge our mistakes as we don’t associate with them.

Of all the AI movies While he seems to be the most accurate, as worl most likely be populated by specialized AI and robots doing different tasks, rather than robots with human like intelligence across many areas of expertise.

Originally, a dream from brilliant Stanley Kubrick’s AI is a great bed of science fiction, the protagonist who is an advanced cybertronic humanoid has all the characteristics of a human child, and has even been programmed to feel loved and attached to other humans.

A curious characteristic for the machine. The film revolves around his quest to become human, so he can fully love not just be programmed to love as he wants to be with this adopted human model.

This major theme guide is the film world, there is no standard flair of flashy sci fi and adventure. But the theme of loud is so all pervading, warm and powerful, and you cannot escape it.

It guides the characters just like any other film, despite the fact that they are machines. This movie will make you wonder if it’s a good idea to give emotions to a robot, only for the Artificially intelligent robot to realize that it will not get the same love reciprocated.

The story takes place in a new future that people spend more time talking to the computers than they do to each other.

It starts hooking Phoenix as Theodore Twombly, a lonely man whose job is to write heartfelt personal letters for people not willing to do it themselves.

Theodore happens to see an ad for a new computer operating system is programmed with a personality and decides to give it a shot.

This new operating system Samantha was by Scarlett Johansson is not only intelligent, but also charming and understanding and she and he’ll quickly fall in love.

Beyond romance do her has a lot to say about modern society’s obsession with technology. The people in this futuristic vision of Los Angeles walk around talking to the computers and ignoring each other entirely.

On a serious note, we actually want to watch system which is able to understand emotions and personality and in turn is able to emotionally manipulate us. What’s your take on it?

the first part in the not too distant future machines to the earth, and a log in a combat the garland band of freedom fighters led by the leader john Koerner. Soon murderous Cyborg, the T 800, played by Arnold Schwarzenegger, or remorseless, relentless Boogey Man,

with the bone crushing steel skeleton and the soul piercing red diode glare sent back in time from the future to kill the mother of the as yet unborn leader of the human rebellion.

Back in the present day Los Angeles to smuggle for timorous push away, Chris is unaware of her role in the struggles to come until the arrival offered titler Terminator whose only purpose is to kill her and thereby change the future.

only hope is a bashful guerrilla fighter Kyle Reese, who has followed the T 800. back through time to prevent her death and evade all and any attacks from the killer Cyborg. So in the Terminator, track Sarah down and change the course of the future. Well, I believe you guys already know the answer.

Ridley Scott’s 1982 action packed film as one of the most influential films ever created about Artificial intelligence, which took the scenarios about how Artificial intelligence could merge with society to another level, either by protecting it or destroying it, or sometimes both. It gave the journal new topics.

The movie asks how much like a human does a robot needs to be before It’s entitled to the same rights. The film’s replicants are bio engineers so perfectly, they’re almost psychologically identical to humans, and even more to false memories that can be implanted as emotional question.

they may even believe that human one thing is for sure though, whatever the future of AI is going to be, it probably won’t be as neat and so indistinguishable. This movie completely obliterates the line between a man and a machine, creating a haunting vision of what happens when people insist to play God.

In 2026. Metropolis is run by the wealthy industrialists who have enslaved the working class in an underground world. When Fred Anderson is your into the workers voice.

He witnesses a horrible accident and begins to have a crisis of conscience. Now, he’s decided to trade places with other workers to better understand their plight.

This decision leads to bigger crisis when he falls in love with a prophetess named Maria, who threatens everything his father has worked for, however, the master of Metropolis, john fredersen Commission’s his scientists struggling to create a robot replica of Maria to sow discord among the workers.

But the robot seems to have its own mind and goes on a course to destroy metropolis. And this begs the question, do we really need to create an Artificially intelligent system which can Think on its own

The film begins in ancient times, where we are introduced to Neanderthals primitive and lacking intellect, they encounter a strange monolith buried in the ground.

Shortly after this encounter, one of the primitives discovers a weapon that they use to not only hunt and fend for themselves, but also to evolve.

Later, you’re whisked away into the 21st century, where a group of scientists embark on a mission to study a new model that has been discovered in the far reaches of the galaxy.

The ship is controlled by headshell 9000, a computer that is flawlessly flawed, as we find out later in the movie.

This movie has propelled us into a debate over the risks created by the development of super intelligence that could eliminate jobs on a massive scale or even worse, wipe the human species of the face of the planet.

So guys, this was our top 10 list. Let us know what you think about it in the comment section.