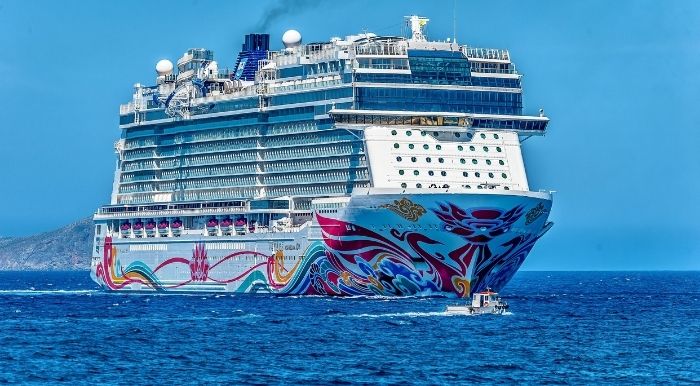 One of those companies is Carnival cruises and what they basically their vision vision is to create these smart cities on the sea.

And the they have about 19 decks. So huge ships 1100 foot long, massive ocean liners, And what they want to do is to bring in some of the technology, so they put about 1700 sensors across the board. And then they created a little wearable device called the ocean medallion.

So this is like a quarter size, wearable device that you take with you. And this helps you to open your  room.

So if you want to go to a state room, you open it. And it also has so much more intelligence that it is generating so that if you carry the wearable device with unit check, for example, into the restaurant, it will then check your reservation.

But it will also contain information like whether you have any allergies, what your wine and food preferences are. So again, you don’t have to repeat any of this is just the intelligence is being stored within the device.

And it gives it gives the company real insight into where people are how long the queues are, where, where too many people are gathering and so on.

Another cruise ship company is the Royal Caribbean. And what they have introduced into their ships is facial recognition technology. So they didn’t want people to have wearable to carry around. They said we want to use face recognition.

So basically, when you initially book your cruise, you submit some document and some ID and they will then use this to recognize you and to check you in.

So their idea was to basically reduce the time it takes because when it’s not like in a hotel where people turn up in staggered groups in the cruise ship, everyone turns up at the same time. And they wanted to make this process really easy.

And they thought face recognition will be a great way of doing doing this. And their ambition was to basically go from car to your room or to car from car to bar, I think they call this in 10 minutes.

So you basically park your car, you walk up into the cruise ship, face recognition will recognize you you’re checking in and everything is very fine, you can then go into your room, dump your clothes, and then go and start your holiday.

And basically what some of the research we’re showing is that customers were quite often losing the first day of their holiday just going through a lot of the administrative aspects of starting a cruise and this is now or a completely eliminated.

One of the things they did is they retrofitted some of their CCTV cameras that they had all across their ships with some intelligence so that cameras are still recording simply the images.

And this is not again, helping them with table turnovers understanding this and helping them to understand queuing time at times at buffets and so on.

So there’s lots of this technology and again, instead of completely installing new tech, they simply using existing CCTV camera and simply using artificial intelligence and machine learning to understand what is going on and listening pattern recognition and facial intelligence.

Again, understanding who is on board what they’re what they’re eating. Looking at former eating patterns and consumption patterns are crucial are great example.