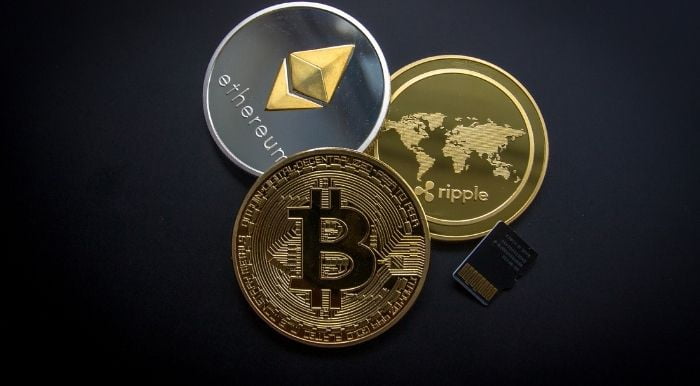 Bitcoin was the first cryptocurrency that started the whole decentralization movement. Without Bitcoin, we would not be where we are in terms of crypto today.

What made Bitcoin stand out was how it brought about a new perspective of trust. According to Bitcoin, no user is a trusted user.

And everything must be verified by public consensus, which is achieved by a mathematical process called proof of work.

We won’t get into the workings of proof of work, but let’s just say it’s a very resource heavy and equally trustworthy and hard to break system and it was truly the first piece of tech that promised security over the internet.

As of this day, the market capitalization of the world’s top digital currency Bitcoin is more than 125 billion with a price per coin of more than $6,700.

Ethereum is open source and public blockchain based distributed computing platform for building decentralized applications. Now, before the creation of Ethereum blockchain applications were designed to do a very limited set of operations.

Bitcoin and other cryptocurrencies, for example, were developed exclusively to operate as peer to peer digital currencies.

Now this was brought about with the implementation of smart contracts, which is basically a program that runs on the blockchain and can be invoked by other users of the network.

So basically, this allows app developers to freely work on the blockchain without knowing its intricacies by using frameworks like truffle js, above that.

Ethereum is also moving to a more resource friendly consensus algorithm called proof of stake and the crypto coin of aetherium which is called ether past about hundred million of them right now in the market, which just shows how much popular it is.

Ripple is a real time gross settlement system and currency exchange and remittance network created by Ripple Labs Incorporated, a US based technology company.

Now ripple is built upon a distributed open source Internet Protocol, and supports tokens representing fiat currency, cryptocurrency commodities, or other units of value such as frequent flyer miles or mobile minutes.

it eases out the process of cross border payments with its negligible transaction fees, and superfast transaction times.

Above that what makes it special is a consensus algorithm used, which is called the Byzantine fault tolerance,

which is based on the Byzantine general it’s a method of eliminating faulty participators of the network by bringing about a consensus through majority poll.

It’s pretty interesting concept and you should definitely check it out. Also, ripple has some insane flexibility in terms of currency,

You can pay in all sorts of cash currency and cryptocurrency including ether and Bitcoin, and there’s only a negligible internal commission for this.

Now bitcoins popularity, skyrocketing costs its own set of problems in terms of scalability and the number of transactions increased by leaps and bounds, and the rate at which the blocks filled up are increasing as well.

More often than not, people actually had to wait new blocks were created so that the transactions would go through. This created a backlog of transactions.

It decreases the transaction fees and it reduces the size of each individual transaction transactions can now be confirmed faster because the waiting time will decrease.

And this in overall helps in the scalability of Bitcoin as a whole and as a protocol. Now since the number of transactions Each block will increase,

it may increase the total overall fees that the miner may also collect, which also helps with miner incentives.

EOS is a blockchain platform for development of decentralized applications or adapts that are similar to aetherium and function.

It makes dap development a breeze by providing an operating system like set of functions and libraries for developers.

EOS brings together the best features and promises of the various smart contract technologies out there.

For example, the security of Bitcoin, the computing support of aetherium into one simple to use massively scalable dap platform for everyday users.

It provides a complete operating system for decentralized application focused on the web with services like user authentication, cloud storage, and server hosting.

Above that us provide server hosting cloud storage and download bandwidth to developers as build and deploy applications and web interfaces.

Now when an application is built on an app platform, micro payments are not required to send messages and perform tasks on the Eos blockchain by end users. app developers determine how the typically low transaction fees will be paid.

Now the community can also fix bugs and upgrade and downgrade the system democratically and securely with its governance rules.

This works by having block procedures to vote to confirm certain transactions, but the applications are running properly, and on modifications to the source code and the system as well.

Above that it’s an insanely scalable platform from what we’ve been promised. So there’s a lot to look out for in EOS and that’s why it makes it into my top five cryptocurrencies.

Well guys, that was my countdown of the top five cryptocurrencies. I hope you have enjoyed Reading to this article. Please be kind enough to share it. And you can comment any of your doubts and queries and we will reply them at the earliest