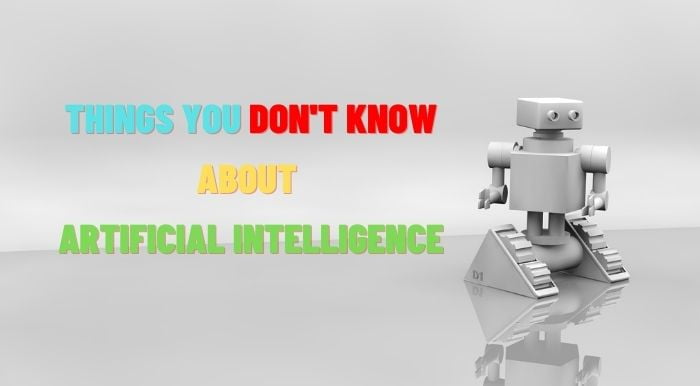 Let’s begin then. So for most of us, the field might seem quite fascinating. And we think that this is quite a new profile. But that’s not the case.

And then it was originally coined by McCarthy and others. So in the last two decades, artificial intelligence has grown fairly heavily

The AI market has reached around $8 billion in 2018. And the research firm international Data Corporation predicts that the market will be somewhere around $47 billion by 2020.

So all this happened through big data, faster computers, and of course, advancements in machine learning techniques in the past years.

So let me give you a few example for that. So Siri, Google Now, and Cortana are obvious examples of artificial intelligence. But then AI is actually all around us. So it can be found in

They might also tell you guys that we use Google Maps, Gmail, Facebook, and all these applications where artificial intelligence plays really a crucial role.

Not only the recommendations that we get on, let’s say, YouTube, Google or Netflix is again because of AI.

Now, again, why booking the ride on Uber? Which cap Are we going to get? Or what is the estimated fair, or time, everything, simply everything is calculated using artificial intelligence.

So in short, we use artificial intelligence all day without even realizing it. So I hope after knowing this, you can also relate to your day to day life activities.

Now let’s go ahead. Now many people think that robotics and AI are two different domains. Well, let me tell you that robotics is one of the domains of artificial intelligence.

And hence, ei is the very base of robotics. So robotics generally deals with the study of creating intelligent and efficient robots.

Whereas AI is a branch of computer science that includes developing computer programs to complete tasks.

So artificial intelligence robots actually act as a bridge between robotics and AI. And these robots are controlled by AI programs.

So we can conclude that robotics is a part of artificial intelligence.

So both these technologies or terms are actually interconnected. So we cannot think of artificial intelligence in the absence of data science, because data works as fuel for AI.

So this means that data science helps AI to figure it out. solutions to problems by linking similar data for future use.  So fundamentally, data science allows the eyes to find appropriate and meaningful information from a pool of data, that dude faster and more efficiently.

Now another example could be Google self driving cars, which again gathers data from its surroundings in real time, and processes those information to make intelligent decisions on the road.

So artificial intelligence at present are complex and effective, but again, nowhere near human intelligence.

So humans use data present around them and the data accumulated in the past to figure out anything and everything right. However, AI do not have that ability age of now.

There are both opinions. So some says by 2100, AI might surpass human intelligence. But then again, many are of the believe that it is nearly impossible to achieve strong or true AI.

So what exactly happens remains to be seen in the future.

3. Nature is the greatest inspiration of Ai models

as you guys must be knowing that there are several ways or other techniques of performing artificial intelligence,

but the one which has given the best results is definitely the one inspired by Mother Nature. For example, deep or artificial neural network, which is inspired by neurons in our brains, and is used in deep learning technique.

And then another example would be artificial immune system. So we all know that human body has a immune system that protects body against pathogenic organisms by producing immune response, right.

And similarly, ei also has a system called AIs, which is a subfield of biologically inspired computing and natural computation, with links to machine learning and artificial intelligence.

So this is how you know even our Mother Nature inspires artificial intelligence.

Most of the time, you simply love watching Hollywood rather high fiction Hollywood movies, right just like Chappie or transcendence, to name a few.

So all this depicts that if AI achieve super intelligence, it would make the very existence of humans at stake.

So you must have noticed friends that you know, they have got all the bad news about AI,  AI has got many positive things to do as well, and you really need to know about them.

That’s why you know, thought of incorporating this particular point in my article as well, that it is not only the negativity that comes with AI,

It might seem to us that we have achieved great heights when it comes to artificial intelligence. But in fact, we are simply at the day one.

many researchers say that in the next 20 years, we are going to have machines with human like intelligence.

but again, that is not that easy to achieve as I have already mentioned that. So due to the unlimited potential in this particular domain, we can simply say that we are simply at the beginning of it right.

So where do we go from here is up to us when it comes to artificial intelligence. So that is to say a long, long way to go ahead.

And so these are a few points that I thought that you should actually be aware of if you are interested in to this particular domain.

I hope the article was informative for you. Please share this article and if you have any doubt comment below. We shall respond to it at the earliest.