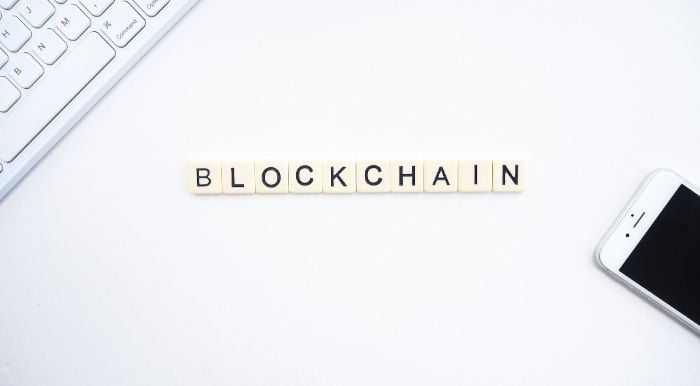 Blockchain Technology has been around for a while. And if you’ve chosen to Read this article, it means that you have some doubts regarding this whole contraption or how it works.

Well today I’m going to try tackle the whole Blockchain Technology thing. And we’re going to try and understand how it works in detail.

we will be also tackling some of the more complex mathematical parts of the Technology. Okay, so let’s start with a simple definition of Blockchain Technology.

What is Blockchain Technology?

Blockchain is a decentralized distributed public ledger system. Now, let’s break down the definition and understand each and every Technical terms.

Any organization of network where decisions regarding the organization’s are made by a chosen group of people is a centralized system.

And presently, we are surrounded by a massive centralized system, which we use every day. If you want to order food from some delivery and logistics system like Zomato,

Or you want to book a cab through Uber, you’re basically going through a third party, this third party has complete power on the rules and regulations of the system.

And even though these guys have a majority of the power, they greatly rely on your Trust to stay functional. For example, I’m sure you keep your money in the bank, instead of just throwing it away under your bed at home.

Because you Trust Bank more than your next door neighbor.

Nobody really owns the internet. And nobody is really supervising what websites can or cannot do. So that was pretty easy to understand.

But what does it mean to be distributed. So to understand what a distributed system is, let’s look back and analyze what has been the common reason for the majority of the data breaches of the past.

So in 2013, Yahoo faced a huge data breach, which affected around 3 billion users. And then in 2014, eBay faced a cyber attack, which compromised the user information around hundred and 45 million profiles.

Again, in 2016, adult friend finder, which is also a site was also attacked. Hackers collected around 20 years of data on six databases that included names, email addresses, and passwords.

Now, all these Attack were successful because these companies chose to keep all their data in one basket, or find me see one soul,

Which makes it very easy for a hacker to creep in and do creepy stuff. by distributing everything everywhere.

The Hacker would need to change the data in all the places at once.

by distributing everything everywhere, the bad actor would need to change the data in all places at once, in order to do their sneaky things.

It feels weird, but by opening up and giving the data to everyone, you protect it. So what we see from breaking down the definition so far,

is that Blockchain is some sort of a system which is owned by nobody, and has no single point of functionality, and instead is distributed in nature.

Now let’s look at the other half of the definition which states that Blockchain is a public ledger system. So first of all, let’s get our heads around this whole ledger system.

A ledger is a list of anything. The term ledger originates from banking, as it was first coined to denote a list or a book containing financial transactions.

So the birth of Blockchain Technology dates back to 2009. And the timing was impeccable. While the world was facing one of the toughest economic crisis,

A group or person under the pseudonym of Satoshi Nakamoto, introduced to the public Bitcoin is a digital currency not owned by the government,

but in essence, very much like fiat currency, or some of you would call cash. So in the sense that it could be spent anonymously, it could be hard to track and it is easily trusted.

Now, the underlying tech that powered Bitcoin was Blockchain. So any transaction that was made using Bitcoin as a currency was registered on a list called a ledger.

And this ledger was then distributed to all the members that had agreed to participate in the network.

Everybody could essentially keep tabs on each other’s transactions, and to anybody trying to tamper with records would be easily identified due to the distributed nature of the system.

Now since the meteoric increase in both value and fame of Bitcoin and other such networks have come up with each network trying to decentralize something service or the other,

So it is hard to fathom the power of public when it comes to Blockchain, because the participants or the public, whatever you call them, is responsible for the most integral part of the system that is validation.

So let’s take a scenario where Blockchain network has only four participants, namely A, B, C, and D.

Every time one of them spend some money in Bitcoin, they broadcast the transaction down to the last detail onto the network.

But how are the remaining members supposed to know what A is saying indeed, is valid or not. This is handled by Blockchains unique method of validation called consensus.

This means that every participating member must agree or come to consensus regarding the validity of a transaction.

Every network has its own unique way of achieving consensus. And Bitcoin protocol uses a method called proof of work.

Now let’s go back to the little scenario I had just discussed, and pure a broadcast a transaction to the rest of the network.

Now let’s also assume that this is not the first transaction of the network. And this particular transaction is in addition to an already ongoing list of transactions that have already been validated.

Every time a new transaction is committed to the network, a new block gets created. And all these transactions are firstly hashed.

Hashing is a process of converting a long string into a unique string generally have much shorter and fixed length.

What is important to understand for you as a viewer is that the generated hash depends completely on the input and even a slight change in the input will change the output hash completely.

Secondly, in Blockchain, a unique kind of hashing is used. And this is called cryptography caching, because they cannot be practically reverse engineered.

So to get a better understanding of hashing, and how it integrates into Blockchain, let’s think back, I had just mentioned that the list of transaction is taken together and hashed.

So the output hash or the digest is called the block hash and stands as a unique identifier of that certain block.

So suppose A were to sneakily try and change the history of transactions in a certain block and the output block hash would be changed drastically, which would easily denote that something has been tampered with.

Imagine someone shows you a list of transactions. And they say, Hey, I found a special number so that when you put that number at the end of this list of transactions, and apply Sha 256, to the entire thing, the first 30 bits of that output are all zeros.

How tough Do you think it would be to figure out that number, so let’s bring in some math here. Let’s say the hash is only made up of ones and zeros, and it’s 256 characters long.

In such a case, the probability that a hash happens to start with 30 successive zeros, is around one divided by to raise to 30, which is about one and a billion.

And because Sha 256, is a cryptographic hash function, the only way to find the special number is just guessing and checking.

So the person trying to check validity of the block almost certainly had to go through about a billion different numbers before finding the special one.

And once you know the number, it’s really quick to verify, you just run the hash and see that there are 30 zeros. In other words, you can verify that they went through a large amount of work,

but without having to go through the same effort yourself. This is called proof of work. And what’s important is that all of this work is intrinsically tied to the list of transactions.

If you change one of those transactions even slightly, it would completely change the hash. So you’d have to go through another billion guesses and find new proof of work or a new number that would start with 30 zeros when tied up with the altered list.

Now think back to our distributed ledger situation where everyone is there broadcasting their transactions, and we want to wait for them to agree on what block is correct.

As I said, the core idea behind the original Bitcoin paper is to have everyone trust whichever ledger has the most work put into it.

So let’s see how proof of work is actually helping us in identifying any sort of mismatch in a transaction.

So this will easily tell anybody that the proof of work is wrong, as you can compare it with the other block chains on other copies.

And this is how you reach consensus that this block is not valid. Okay. So that explains how proof of work ties in with Blockchain knowledge To make sure that there is a standard order to these blocks,

and we make it so that a block has to contain the hash of the previous block as a title. So firstly, it already contains the transaction and the proof of work,

Now, since the block hash has been changed, we can see a certain chain being formed. So instead of just calling it a ledger system, it’s been commonly known as Blockchain.

Now every time someone validates a certain block after putting in all the work to find a special number, the system rewards them with network specific cryptocurrency.

Now in the Bitcoin protocol, currently, the block reward as February 2018, is 12.5 bitcoins, not only does this incentivize system, the network running,

but also generate new currency. Now some people have invested in high performance GPU so that they can validate new blocks quicker than the others and earn and live off the block rewards.

These people are known as miners. Okay, guys, I think I’ve covered most aspects of Blockchain and we understood how Blockchain is a decentralized and distributed system.

And we saw the public nature of Blockchain and how intrinsically ties up the public participation using incentivization.

And we also saw how the security and integrity of the system has maintained using cryptographic hash functions tied up with the consensus mechanism.

I hope you have enjoyed to reading this article. Please be kind enough to shaer it. And you can comment any of your doubts and queries and we will reply them at the earliest.