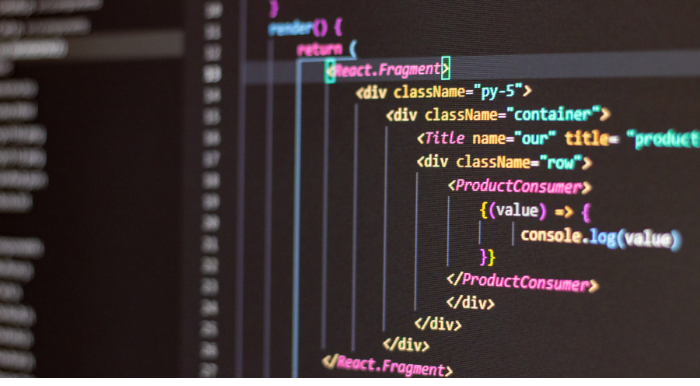 Java is the most dominant programming language right from its inception. Yet, in the current trend of artificial intelligence, machine learning, and the rubric of big data, many beginners and professionals have a mild dilemma.

Can Java meet the current standards? and end up asking, give me one good reason to learn Java? Well, I have numerous for now. I’ll give you the top 10 reasons to learn Java. So now sit back, relax and listen to all the good reasons to get started with Java.

1. Java is easy to learn and implement.

The masterpiece in the world of object oriented programming is continuously evolving. Now, unlike other programming languages, Java did not make unrecognizable changes to its fundamentals. The basic object oriented features and principles of Java are maintained in the same way since the beginning.

All the advancements are done in the way by introducing new libraries and API’s, along with some new methods just to reduce the time consumed in programming.

Java has fluent English like syntax with minimum characters, for example, gender x angle brackets, which makes it easy to read a Java program and learn it quickly.

Once a program is familiar with initial challenges like installing JDK, and setting up the path and understand how the class path works, it’s pretty easy to write a Java program downloading and setting up Java and Perfect World is really simple. Don’t you worry about that.

The main reason that many developers and major IT companies adopted Java is because Java uses the principle that says write once and run anywhere. This would have been not possible if it did not have JVM aka Java Virtual Machine.

So Java virtual machine works in a simple but most effective way. All the code that you write in Java programming language is sent to the JVM before getting executed. Here.

The JVM converts the programmer readable code into byte code and sense this byte code to the compiler or the interface rigor, and this byte code will be executed at the end.

So this process stands the same, regardless of any environment where the JVM is functioning in. So this makes Java completely platform independent,

Java supports billions of electronic devices in real time. The programming language is so capable that it can do almost everything from creating a functional program to managing big data by creating crunching tools like Apache Hadoop, Apache Spark, so Java is practically everywhere.

It can manage the creation of web pages designing new operating systems like Android, and much more.

Java programming language is the one that was used to lay the foundation for all the groundbreaking technologies and frameworks that we currently use. So we have numerous use cases, code segments matters and what all we need to develop a new application.

Apart from this, we have a huge community of Java developers, right from the beginners to the real time experts who are enthusiastically ready to help when we need them. Some of the best examples are Stack Overflow and Java forums.

Java has rich library support open source libraries and sure that Java should be used everywhere. Apache, Google and other organizations have contributed a lot of great libraries, which makes development easy, faster and cost effective in Java.

There are frameworks like spring struts Maven, which ensures that Java Development follows best practices of software craftsmanship promotes the use of design patterns and SS the Java developers in getting their job done.

I always recommend searching for functionality in Google. before writing your own code, there is a good chance that it’s already coded and tested and available for ready to use.

Java has proven and powerful is, believe it or not, Eclipse and NetBeans have played a huge role in making Java. One of the best programming languages for coding. coding in these IDs is a real pleasure.

They not only help in code completion, but also provide a powerful debugging capability, which is essential for real world development, integrated development enterprise or it made Java Development much more comfortable, faster and fluent. It’s easy to search refactor.

And read code using IDs. Apart from ID. The Java platform also has several other tools like Maven, and and for building Java applications, Jenkins for continuous integration and delivery decompilers, j console, visual VM for monitoring heap usage, etc.

Java has generous or rich API support. The major reason for the Java programming language huge success is its capability to adopt the user’s requirements. And this is achieved by the Java through its API or the application programming interface.

The Java API support comes along during the installation of Java. Java provides API for almost everything. To name a few. It supports input output, networking, utilities, XML passing, database connection and almost everything.

What ever left is covered by open source libraries like Apache Commons, Google guava, and many more.

To keep it simple. Java incorporates the right tools and libraries that are required to execute AI and machine learning based algorithms. And programs now coming into big data and the foundation of big data and its frameworks was laid by using the Java programming language.

So it has a great support for both machine learning artificial intelligence and big data.

programmers with a sound knowledge of Java are in great demand. With a large installed base. This widely used programming language continues to create jobs in every tech industry. Additionally, the popularity of Android apps has brought along countless opportunities for an Android developer who writes native apps in Java.

Being a mature programming language, there are numerous resources available online that can act as your perfect companion in the learning process. Depending upon your need,

you can look for free and paid sources for learning and aid yourself. In short, almost any imaginable dot related to Java has been already been asked and answered on the online forums.

Java developers are amongst the highest paid it employees in the current IT industry. Having said that, we shall now discuss the salary trends of Java developers in America and India.