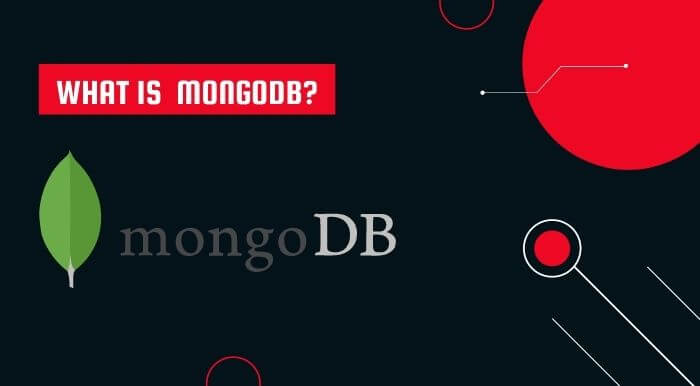 Hey everyone, welcome to another Article in the MongoDB series. In today’s article, we’ll understand what exactly MongoDB is, and what are its key features.

Now I’m sure you must have heard about databases, But MongoDB is a popularly used not only SQL database.

We’ll also look at some of the commonly used applications of MongoDB,  And finally, we’ll look at the top companies that readily deploy MongoDB.

MongoDB is a document-oriented NoSQL database, It was initially released on August 27, 2009, MongoDB replaces the concept of rows of conventional relational data models with something called documents.

It is also schema-free, which means that the keys defined in the document are not fixed, As a result, massive data migrations can be ruled out.

Why MongoDB is used?

There are a few reasons why MongoDB is widely used, First up is

MongoDB is the notion of documents that can contain sub-documents nested in complex hierarchies, is really expressive and flexible.

Flexible query model, a user can selectively index some part of a document or a query based on attribute values, regular expressions, or ranges.

Native aggregation allows its users to extract and transform data from MongoDB and either load them in a new format, or exported them from MongoDB to other data sources, it makes it extremely compatible.

Lastly, as mentioned earlier, the schema-free model now applications get the power and responsibility to interpret different properties in different ways. Now that you know what MongoDB is, and why exactly it’s used, Let’s have a look at the

MongoDB can serve heterogeneous loads and multiple purposes within an application. Again, it has a flexible schema design.

Document-oriented approaches with nondefined attributes that can be modified on the fly is a key contrast between MongoDB and any other relational database.

It’s built to scale both vertically but most importantly, horizontally Using sharding, An architect can share the load between different instances and achieve both read and write scalability.

When it comes to loading balancing, this happens automatically and transparently to the user by the shard balancer.

Native replication now data will get replicated across a replica set without a complicated setup, security features both authentication and authorization are taken into account in MongoDB.

Now Jason is widely used across the web for front end and API communication, And as such, it’s easier when the database is also compatible with the same protocol.

Now let’s quickly have a look at the working of MongoDB data is stored in documents with the help of key-value pairs.

Now the data is stored in the base one format at the backend MongoDB converts Jason data into a binary format known as MongoDB also makes provision for nested data, Now all of these documents are stored in a collection, These collections hold multiple documents.

And since MongoDB is schema-less The documents in one collection need not be similar.

Now again, these collections are stored in the entire MongoDB database. As mentioned earlier, MongoDB makes provision for nested data.

This makes the fetching of data extremely efficient when compared to other databases. Now you must be wondering where exactly MongoDB can be applied or used.

Where MongoDB is used

So let me help you with that, several areas of technologies use MongoDB as their DBMS. Currently, some of them are the

Companies that use MongoDB

let’s look at some of the companies that use MongoDB, Currently, companies like

among others, readily deploy MongoDB as a database management system, So with that, we come to the end of the session on what is MongoDB.

Now, this was just an overview of what exactly the database management system does.

However, if you want to learn MongoDB in-depth, then watch out for more articles from us, Thank you so much for being here, Keep learning and stay tuned to Sefisoft.