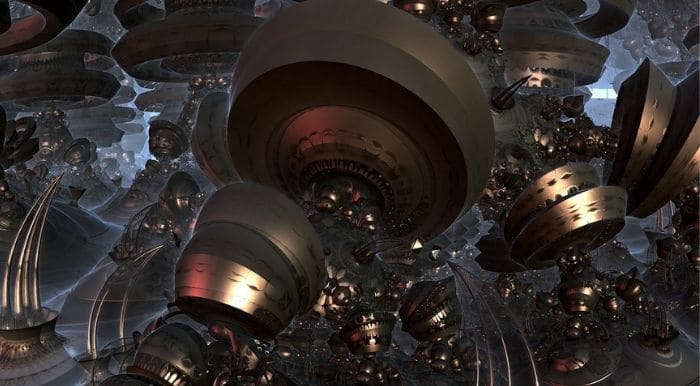 in this article, I want to look at Quantum computing what it is and how you actually use it in practice.

What is Quantum Computing?

Quantum Computing promises to completely transform computing as we know it, And computing has already been an exponential growth curve in terms of its power.

So if you think about the smartphones we have in our pockets today, 50 years ago, the same computing power needed an entire room full of supercomputers.

So what we’ve seen is that everything has gotten smaller and smaller, However, at the basic of modern computers is basically just a calculator that processes things in sequence.

So nowadays, a, a switching unit or memory unit that helps you to compute one of these bits, is the size of an atom.

What is interesting is when we get to Quantum computing, we go to the sub atomic level, which completely transforms the way computers operate.

And at this stage things, particles operate in a very peculiar way, So in a computer, you can either have a one or zero in a bit.

In Quantum computers, we talk about Quantum bits or qubits, And they basically what happens at a subatomic level is that the particles can a particle can stay in multiple locations, or in multiple states at the same time.

And this basically gives us computing power that could be over a million times faster than even the fastest supercomputers today.

At the same time, it won’t just simply take over what we know as computers today, they will carry on being faster, and we’ll use them for lots of everyday things.

However, what Quantum computers can do is they can address some of the really complex computing tasks that modern computers can’t cope with.

So for example, modern computers can really do accurate weather predictions, we have the most advanced computers and our weather centers.

But there’s so many variables that change so quickly that sequential computing makes this really difficult. a Quantum computer could do this and address this, it could solve really complex problems, like predicting traffic in our mega cities, forecast our weathers, or it could help us with crypto cryptography as well.

So keeping our things safe or data safe, At the moment, we have really complex algorithms that protect our data.

Quantum computers could break those algorithms, all the algorithms we have today, because it can so quickly process complex algorithms.

So we know that some of the most advanced computer security we have today, supercomputers need thousands of years to try to break those codes,

Quantum computers, because they can do all of these codes at the same time simultaneously, it only takes a few minutes.

So Google has what they called reached Quantum supremacy, because they have, for the first time delivered a computer or program that could solve problems that traditional computers can’t do.

What we now have is we now have Quantum computers that are able and they’re being used in practice that to solve really complex problems.

So things like in material science, we are now using this to simulate the chemical composition of batteries for electric cars to optimize them.

What we’re also seeing is that in pharmaceutical companies, they use Quantum computers to develop new drugs, and try out all the different variations of these drugs.

And again, develop vaccines is a big topic at the moment, This is another thing where Quantum computers can make a real big difference.

Companies like Volkswagen, for example, is using Quantum computers to provide a service to predict the optimal routes of buses around cities.

And companies like our Airbus are using Quantum computers to simulate and identify the best path for planes to take off and land in order to minimize the fuel consumption.

So there are lots of real world applications, At the same time, We’re not at a stage where you will carry around a Quantum computer in your pocket anytime soon.

Because they are Lots of things that need to happen is still a very complex mechanism. So, Quantum computers need complete silence, they need to be so shielded from noise.

Because these things that are happening these Quantum activities at a sub atomic level, if there’s any bit of noise, they won’t happen.

So they need to be completely shielded, And at the same time, once these Quantum are working, they generate huge amount of heat.

So these Quantum computers need to be cooled to almost zero, So absolute zero this is, so this is a big undertaking at the moment, they usually sit somewhere in a basement that’s completely shielded with huge cooling system, very industrial.

However, what is interesting is that this is now accessible to lots of companies, Because if you have a really complex computing issue that you want to solve using Quantum computers, you don’t have to have your own one,

you can simply go to companies like Google or IBM or some of the others are working on Quantum computing, and you can hire them, you can rent this as a service, which will make Quantum computing really available to the masses.

So hopefully this has given you an insight of what Quantum computers are, how they used in practice, and how they could potentially transform your business processes too.